An Abundance of Katherines by John Green
Published by Dutton Books on September 21, 2006
Genres: YA Contemporary
Pages: 229
Buy on Amazon, Buy on Barnes & Noble, Buy on Books & Books
Goodreads

On a road trip miles from home, this anagram-happy, washed-up child prodigy has ten thousand dollars in his pocket, a bloodthirsty feral hog on his trail, and an overweight, Judge Judy-loving best friend riding shotgun--but no Katherines. Colin is on a mission to prove The Theorem of Underlying Katherine Predictability, which he hopes will predict the future of any relationship, avenge Dumpees everywhere, and finally win him the girl.

Love, friendship, and a dead Austro-Hungarian archduke add up to surprising and heart-changing conclusions in this ingeniously layered comic novel about reinventing oneself.

An Abundance of Katherines by John Green
My rating: 2 of 5 stars

“What you remember becomes what happened. And the second moral of the story, if a story can have multiple morals, is that Dumpers are not inherently worse than Dumpees-breaking up isn’t something that gets done to you; it’s something that happens with you”.” 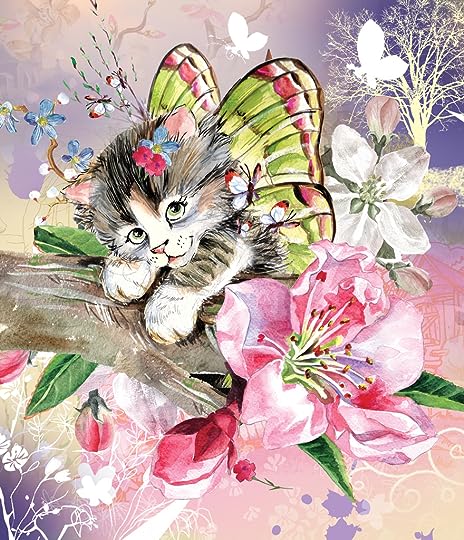 Now I just want to say that I am a huge fan of John Green’s books! I have always loved ya all my life but John Green is the person that sucked me into the world of ya loveliness again and made me become the biggest fangirl for ya literature! But as much as I have love and respect for one of the YA Gods this book killed me to the core and not in a good way at all…

An Abundance of Katherines is more like An Abundance of Crap! Now I can tell that John Green put so much effort into this book and you can see it in the writing! The amount of effort he put into this book was phenomenal but I feel he put in too much effort…more like an increasingly excessive amount of EFFORT! This book was simply overdone, to say the least! I felt that John Green was trying too hard to be John Green. The book itself was written in a typical ya cliche fashion. It followed the typical YA outline about the cute nerdy guy that is quirky and smart and that is always getting dumped by the girl that is too beautiful for him…blah blah blah…it was nauseating.

Catnopsis
Basically to put it simply the plot line of this book is about this guy Colin that is super duper nerdy and was once thought to be a child genius but fears he will never get to the genius status that he wants to be in his life. Colin is someone that wants to do great things in his life and be somebody but he fears he will never reach the potential of doing something great and genius like in his life.

Colin is the ultimate whiny and annoying nerd because all he does through most of the book is moan and groan about the 19th girl that dumped him whose name is remarkably Katherine. He feels like the world is ending and that he will never amount to anything in his life or never be loved by anyone. Colin also has an equally annoying friend named Hassan who endures all his whininess and Hassan decides to make him feel better by taking him on a road trip where they end up in a small town named Gutshot, Tennessee (A make-believe place by the way.). This is where the story actually begins but for me, it’s where I started to fall asleep.

“Book are the ultimate Dumpees: put them down and they’ll wait for you forever; pay attention to them and they always love you back.”

Remarkably this book received two stars because it started to pick up on page 155! Not the best being that the book had about 60 pages left…but the book held my attention towards the end. The writing of this book was typical John Green style but the plot itself was poorly written and the characters drove me crazy cakes! Colin was way too self-involved of a character and it is no surprise to me that he kept getting dumped one way or another. One of the very few good moments of the book was when Hassan told him off and basically called him a selfish asshole. Good job Hassan, I was rooting for you!

View all my reviews

Visit my shelf on Goodreads

Analee, in Real Life by Janelle Milanes
Everything, Everything

Roomies by Christina Lauren
The Dreadful Tale of Prosper Redding

Fangirl
An Abundance of Katherines
The Razvak Hunter

analee becky albertalli book event books and books Christina Lauren contemporary ya coral gables Daisy Jones & The Six dawsons creek elizabeth acevedo erin morgenstern fantasy flb francesca lia block Girl Goddess #9 in real life Janelle Milanes jenny han kasie west lara-jean Latinx Rep leigh bardugo lgbt love magical-three-monday-reads magical realism morgan matson motown nanowrimo Nina Moreno red romance Save the Date simon Taylor Jenkins Reid the starless sea The Victoria in my Head tomi adeyemi vintage weetzie bat white With the Fire on High ya ya contemporary young adult
We use cookies to ensure that we give you the best experience on our website. If you continue to use this site we will assume that you are happy with it.Ok